We all must be aware of the famous patriotic song ‘Raghupati Raghava Raja Ram..’. Ever since it was popularized by Mahatma Gandhi, it has been making its appearance in all our national events and festivals upholding the secular nature of our country. The famous  Hindustani classical musician, Pandit Vishnu Digambar Paluskar  set the tune for this song, whose name has been etched in memory for this great contribution.  Gandhiji and other freedom fighters sang this song as they did the Salt March to Dandi.

While we appreciate the song, do we know that the lines we hear today are the modified lyrics of the famous Ram Dhun (Bhajan on Lord Rama)? The original lyrics are also equally melodious and brings about our deep rooted devotion to Lord Rama.


Lyrics made famous by Mahatma Gandhi

The King Rama who is the Raghava, the Lord of Raghu,
He is the Sita Ram, who makes the sinner pure,
He has pretty looks and is black like the cloud,
For He is as pure as Ganga, Thulasi and Shaligram,
He is Sitaram of Bhadrachalam
And He is Sitaram who is the darling of devotees and also Sita,
Hail, hail Oh Raghava! Oh Sitaram!

How melodious and meaningful, isn’t it? We should also teach this version to our kids so that they are aware of the original version.

A video link of this divine song is given below:

It is believed that the above song is influenced by the work, Nama Ramayana. It is a hymn in praise of Lord Rama, which in turn illustrates the qualities of Lord Rama by citing various incidents from the Ramayana. Lakshmanacharya, an ardent devotee of Lord Rama composed this melodious work. 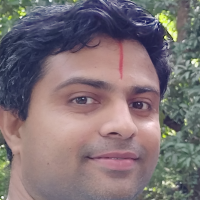